Structural determinants of water permeation through the sodium-galactose transporter vSGLT 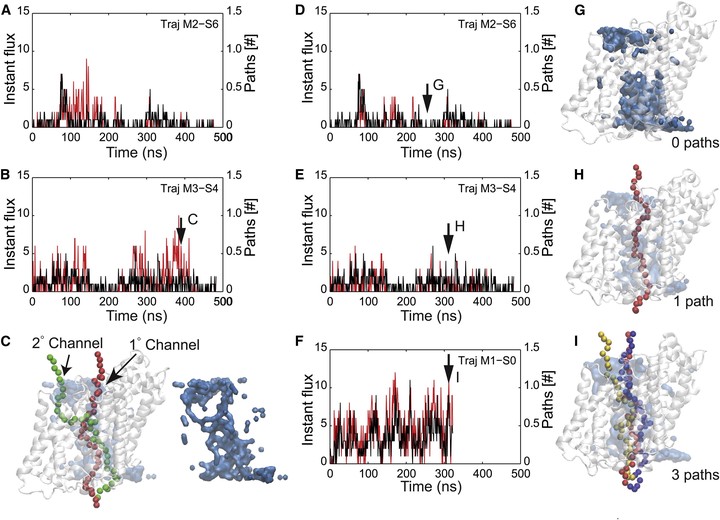 Sodium-glucose transporters (SGLTs) facilitate the movement of water across the cell membrane, playing a central role in cellular homeostasis. Here, we present a detailed analysis of the mechanism of water permeation through the inward-facing state of vSGLT based on nearly 10 μs of molecular dynamics simulations. These simulations reveal the transient formation of a continuous water channel through the transporter that permits water to permeate the protein. Trajectories in which spontaneous release of galactose is observed, as well as those in which galactose remains in the binding site, show that the permeation rate, although modulated by substrate occupancy, is not tightly coupled to substrate release. Using a, to our knowledge, novel channel-detection algorithm, we identify the key residues that control water flow through the transporter and show that solvent gating is regulated by side-chain motions in a small number of residues on the extracellular face. A sequence alignment reveals the presence of two insertion sites in mammalian SGLTs that flank these outer-gate residues. We hypothesize that the absence of these sites in vSGLT may account for the high water permeability values for vSGLT determined via simulation compared to the lower experimental estimates for mammalian SGLT1.