Molecular dynamics studies of interactions between Arg9(nona-arginine) and a DOPC/DOPG(4:1) membrane 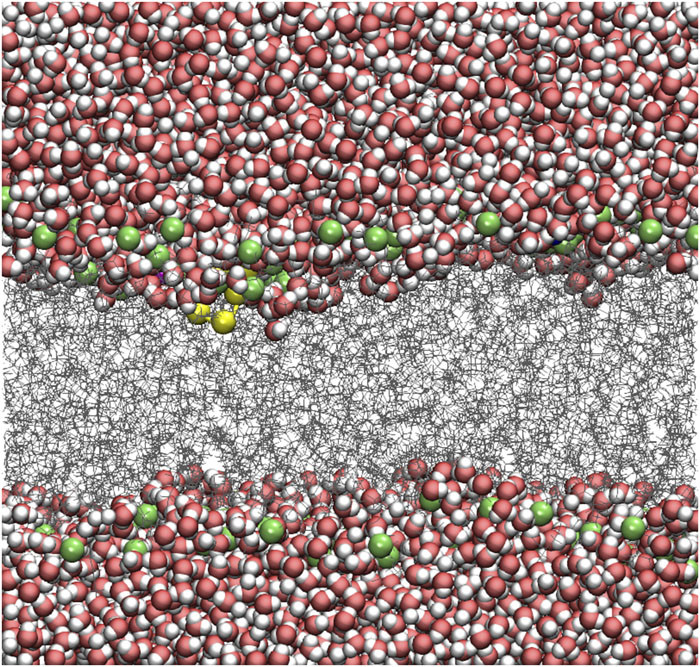 It has been known that the uptake mechanisms of cell-penetrating peptides (CPPs) depend on the experimental conditions such as the concentration of peptides, lipid composition, and temperature. In this study, we investigate the temperature dependence of the penetration of Arg9s into a DOPC/DOPG(4:1) membrane using molecular dynamics (MD) simulations at two different temperatures, T = 310 K and T = 288 K. Although it is difficult to identify the temperature dependence because of having only one single simulation at each temperature and no evidence of translocation of Arg9s across the membrane at both temperatures, our simulations suggest that following are strongly correlated with the penetration of Arg9s: a number of water molecules coordinated by Arg9s and the electrostatic energy between Arg9s and the lipid molecules. We also present how Arg9s change a bending rigidity of the membrane and how a collective behavior between Arg9s enhances the penetration and the membrane bending. Our analyses can be applicable to any CPPs to investigate their interactions with various membranes using MD simulations.